How Coronavirus Has Affected Real Estate

How Coronavirus Has Affected Real Estate

HOW CORONAVIRUS HAS AFFECTED REAL ESTATE

Some open houses have been canceled, others have new rules, and some New Yorkers are heading to the suburbs to escape the city. 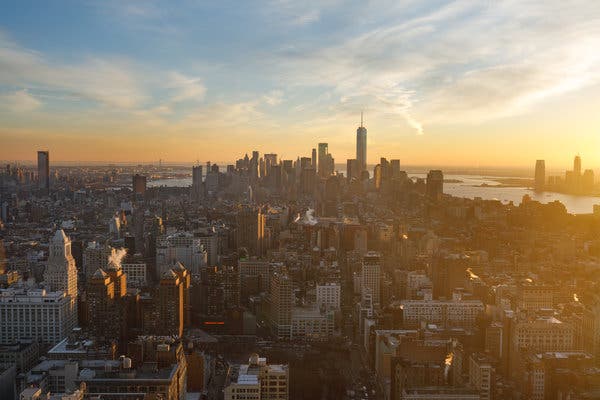 The coronavirus has changed the way we live our daily lives and it has upended countless business sectors, including the New York real estate market. Brokers, buyers and sellers are struggling mightily to do business when it’s anything but business as usual. Open houses are being eliminated, or at least circumscribed; brokers are doing FaceTime apartment tours for clients who are worried about being out. And, in the suburbs, they’re scrambling to find short term rentals for clients who feel the walls and everything else closing in on them in the city.

Getting Buyers into Your Home

Restrictions on open houses now range from limits on frequency and duration, to required preregistration to full-on bans in some buildings. Prospective buyers should be prepared to swap their shoes for booties before they start counting closets and to keep their (sanitized) hands to themselves.

Even a week ago, before manybusinesses and schools closed, a survey by the National Association of Realtors found that 25 percent of sellers nationwide had already changed the terms of engagement with prospective buyers because of the virus. New requirements include a stop at a hand-washing station, at the very least, a liberal spritz of hand sanitizer. In some instances, buyers are being asked to leave their shoes at the door and don booties. And they’re often discouraged from touching kitchen and bathroom fixtures.

Denae Montesi, a sales agent at William Raveis NYC, is punctilious about being the one to open and close the front door. She keeps as firm a grip on her iPad as she does on the doorknob, signing in prospective buyers at open houses rather than letting them do it themselves. Other brokers have chosen to go old school: they provide pens, wiping them down after each use, or simply invite attendees to keep them.

Some sellers and brokers are requiring prospective attendees to preregister for open houses. “That way we can call them and assess their interest,” Ms. Montesi said. “If they’re just coming to educate themselves about the market this isn’t the best time. The feeling is the fewer bodies the better.”

If the goal is sparse attendance, that goal is being realized. Some buildings and sellers have put the kibosh on open houses altogether — a big shift for New Yorkers who have long appreciated the ease and efficiency of hitting three open houses on one weekend day.

The board members of a building on Central Park South announced on March 10 that open houses would be limited “to two open houses per allotted time slot” and would be restricted to weekends between the hours of 9 and 5, with all attendees required to sign in at the concierge desk and present government-issued identification.

“As things with the virus are getting worse, people are getting more conservative,” said Neil Davidowitz, the president of Orsid, a real estate management company.

According toFritz Frigan, Halstead Property’s executive director of sales and leasing, the average number of open houses per weekend ranges from 5,500 to 6,000. By contrast, this past weekend, March 14-15, 3,900 were scheduled, but many were canceled. That’s unfortunate said Kathy Braddock, a managing director at William Raveis NYC, “because obviously being able to go to the property is the best way to see the property.”

Granted, there’s nothing magic about an open house, but a private showing requires more juggling — all the more so with many people now working from home and many children out of school. “And with an open house, Ms. Braddock said, “the property has to only look great once a week.”

Some sellers who’ve already moved out of their apartments hear opportunity knocking. Nicole Beauchamp, a saleswoman at Engel & Völkers NYC, has just such a client. “He told me: ‘Gee, if other sellers are pulling back because they’re home and they’re children are home, we don’t have any of those problems. We’re going to keep moving forward, you can let people see it any time of day,’” said Ms. Beauchamp, who is holding appointment-only open houses for the property as well as private showings.

New Rules for Showing a Home

With limits on open houses, prospective buyers increasingly reluctant to be out and about, and sellers worried about just who will be coming through their door and touching their countertops, brokers are, by necessity, becoming expert house cleaners, videographers and public health screeners.

It’s now standard practice for a seller’s agent to call a buyer’s agent the night before a showing to make sure that the prospective buyer is feeling fine, has not been out of the country recently — and is not bringing any children along to look at the property. “We’re all learning the new rules of the time and we’re all respectful of the rules,” said Robin Kencel, an associate broker in the Greenwich office of Compass.

Phil Scheinfeld, a salesman with Compass. arrives at his showings extra Early to wipe the counters down with Clorox, to run a Swiffer over the floors and to spray with Lysol. When the prospective buyer exits, Mr. Scheinfeld repeats the process.

In some cases, there’s the additional challenge of having to do less showing and more telling. Neil Davidowitz of Orsid has been fielding calls from co-op and condo boards about whether to temporarily shutter gyms and children’s playrooms. “Some are contemplating it and some have already closed them,” he said. “That means a prospective buyer would go to a building and not see the amenity package — and that’s a big part of the tour.”

Faced with a client who is looking for an apartment on the Upper East Side but who, for the moment, didn’t want to get in a cab or take public transportation to the Upper East Side, Heather McDonough Domi, an associate broker at Compass, went around to several properties and shot detailed videos.

Meanwhile, a London-based couple abandoned plans to come to New York to look at properties with Holly Parker, an associate broker at Douglas Elliman. Instead, Ms. Parker took them on a FaceTime tour of one of the apartments under consideration: a three-bedroom condo at 225 Fifth Avenue that’s listed at $6.395 million. “It went well,” Ms. Parker said. “We’re still in conversation.”

Short-term Rentals to Get Out of Town

As the city moves toward a near total shutdown, some New Yorkers are looking for ways to leave its confines. Those who have second homes are heading to them and others with the means are seeking short-term rentals in the more sparsely populated suburbs.

Matt Breitenbach, an associate broker in Compass’s Southampton office, just heard from a wealthy client who was looking to buy a second home in the Hamptons but now wants an immediate two-week rental so he can escape the city. Another New York-based client who works in finance had planned to rent out his East End property but has pulled it from the rental pool. Because his company has asked employees to work from home, he’s going to make his Hamptons home his base of operations.

Ms. Kencel, of Compass, said she had been fielding calls from New Yorkers in search of short-term rentals in lower Fairfield County. “They want to be in a less dense area right now,” Ms. Kencel said. “Some of them have children coming home from college to finish the term with online classes and they want their family to have more elbow room.”

These New Yorkers are not as fussy or demanding as they might otherwise be, Ms. Kencel said. A lucky thing since there are very few properties available for, say, two weeks or two months. “It’s easier to find yearlong leases,” she said. “But I’m working with some clients who are willing to sign a long-term lease even though they don’t plan on being here nEarly that long.”

Some New Yorkers have decided it’s time to leave the city for good. A year and a half ago, Serena Richards, a saleswoman in Halstead’s Darien office, worked with two couples who were looking to move to the suburbs, then decided to stay put “because they would miss the New York vibe,” Ms. Richards said. But in the last week both these couples have gotten back in touch: they’re ready to buy in lower Fairfield County.

The wide open spaces don’t spell peace of mind to everyone, though, and perhaps they shouldn’t. “The infrastructure including medical care is in off-season mode,” said Diane Saatchi, an associate broker at Saunders & Associates in East Hampton. “It will really be at a stress point if a lot of people decide to come out here. They can take beautiful walks on the beach but they’re fooling themselves if they think things will be easier.”

Some of Ms. Saatchi’s clients, Hamptons part-timers, have taken due note. “They’re telling me they just have to get back to the city,” she said, “because they don’t want to be sick in the Hamptons.”

“Some people see the Hamptons as their safe place and others think it’s safer to be in New York,” Ms. Saatchi added. “I guess they’re both right.

Author: Douglas Smith
Dated: May 13th 2020
Views: 1
About Douglas: Hi, I'm Douglas Smith, and I am a full-time/full-service REALTOR® at DouglasSmithTeam.com in Dallas...

In just a few seconds, you will be searching just like a Realtor®

Welcome to the Family!
It is because of people like you that we enjoy doing what we do. It is our phenomenal clients that make this company great. We try to reflect that in every communication that we have with you. As a valuable part of the family, we want all of your experiences to be exceptional ones. Again, welcome to Smith International Realty/DouglasSmithTeam.com, and thank you for choosing us! - Douglas Smith COO, Director

Thank you for all your support!

Why It’s Important to Price Your House Right Today

Even in today’s sellers’ market, setting the right pr

Mortgage interest rates have dropped considerably this spring and are

"Smith Home Group has been great to work with. I was very nervous buying my first house but everyone as Smith Home Group really worked as an amazing support team and made me realize just how much fun the buying a home process really is. Thank you Douglas and to everyone on his team."

This is a list of your favorite properties. We will email you if a property is reduced or leaves the market.

This message will go directly to the head of our team.