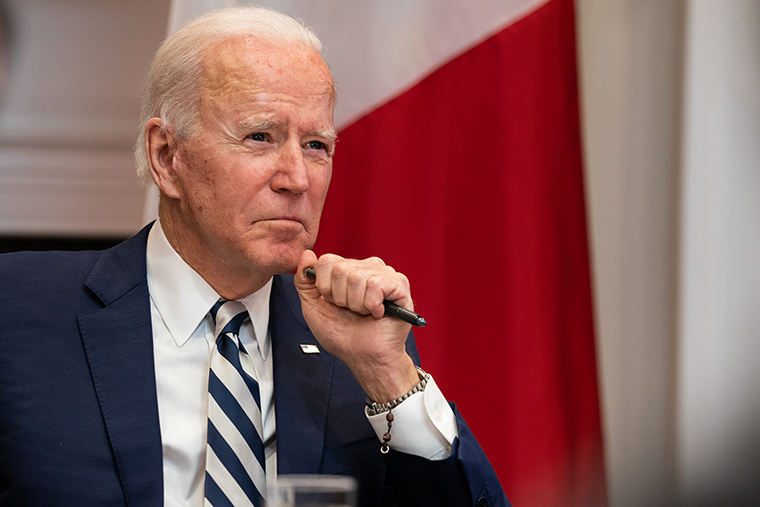 President Biden made an aggressive pitch to Senate Democrats for his relief plan, telling them during a virtual meeting that they all need to accept some provisions they might not like but also must demonstrate to the American people they are responding to the devastating public health and economic crises, according to a source with direct knowledge of the discussion.

Biden told Democrats that the vote he is asking them to take isn't politically difficult, arguing that it is popular and has bipartisan support outside the halls of Congress, the source said. Biden said Democrats need to show voters they can accomplish this major achievement, while conceding they may have to accept some pieces of the plan they might not favor.

Biden spoke for roughly 15 minutes or so and didn't take questions, the source said.

What happens next: The Senate heads into a daunting voting session later this week where any amendment — with 51 votes — can alter the underlying bill and upset the delicate Democratic coalition in Congress needed to pass the bill by the slimmest of majorities.